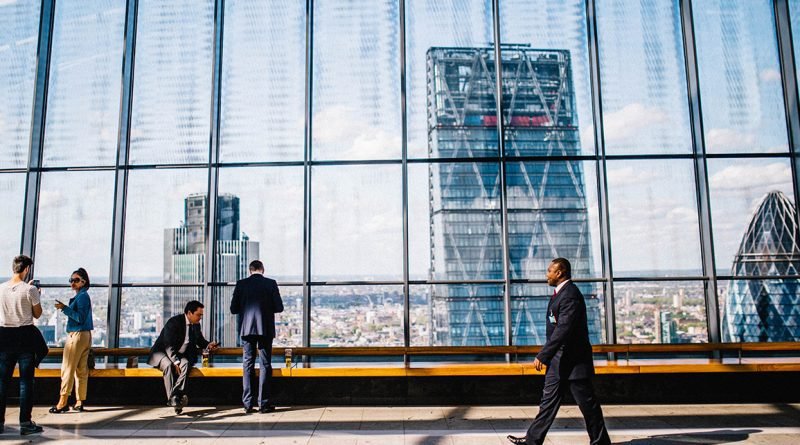 Osaka – Misty Fujii is a Canadian-born DJ, radio host and blogger living in Osaka. You can usually find her rocking out to the tunes in her extensive record collection or spending time with her husband, Yasu, and their many pets.

1. What three words sum up your 2020 so far? Creativity, authenticity and Miraitowa. The last one is a nod to the Olympic mascot whose name means “future and eternity.”

2. Do you play an instrument? I play bass guitar but I haven’t picked one up since I moved to Japan, so I don’t know if I’m a real musician anymore.

3. What inspired your interest in music? Definitely my dad. He’s an amazing guitarist and I grew up surrounded by music. One of my best days in Japan was finding his band’s records at a store here in Osaka.

4. Really? What was his band’s name, and what kind of music was it? The band is called Something Extra and their style was funk, soul and a little rock ’n’ roll.

5. How did you get into DJing? A couple of my friends DJed on a night I really enjoyed and once they stopped, I missed it. I tried to get other friends to start, but everyone just said I should do it myself because I had the biggest record collection.

6. What was your first DJ gig like? It was a hot mess! I played punk and rockabilly at a fancy cocktail bar for my rocker friends.

7. How is DJing in Japan different from in Canada? The lack of requests. People don’t really make them here, or at least nowhere near as much. Another big difference is the hierarchy by age system for (playing) music — within the vinyl DJ community at least — as opposed to a hierarchy by skill, experience or popularity. In Canada, you have to work a little harder to build your reputation. In Japan, the older you are the more respect you seem to get. This has ruffled a few feathers at my husband and my’s monthly vintage music DJ party, The!! Beat, because we focus on fun and good music, not hierarchy.

8. You play a lot of R&B, soul and music from the 1960s. What do you like about that era? I love when music was original, raw and when the production had to be a lot more analog. Because of my dad being so into soul and funk music, I rejected that as a teenager and rebelled by listening to punk rock. As I dug into the influences of the punk artists I love, it always led me to music from the 1950s and ’60s with Black artists such as Chuck Berry and Aretha Franklin, and I couldn’t deny the fact that the music has so much soul and makes me want to dance.

9. Your husband runs Night Beat Records, which caters to the same style of music. How did you meet? I met him the very first time I came to Japan. We were introduced by a mutual friend in Canada who had lived here for a bit. We became friends and kept in touch, and then met in Los Angeles for our first date. It went very well, and we knew that from that point we wanted to get married.

10. You host two shows: “Night Beat Radio” and “Rising Sun Radio.” Can you talk a bit about them? “Night Beat Radio” is the show that’s connected to the record store. It airs weekly on ‪Radiocore.org and is archived on ‪Mixcloud.

“Rising Sun Radio” is temporarily on hold because I’ve been too busy, but it’s an open-format show based out of Toronto on ‪Black Donnelly Radio. Recently, I’ve also been working on becoming a radio host and programmer here on FM radio in Osaka, so please stay tuned and keep your fingers crossed for me.

11. How do you like living in Osaka? I love it. The food, vibes and culture here are awesome and there’s enough that reminds me of Toronto that it feels like home — the population is similar, the people are friendly, and you can find almost any kind of food at any hour.

12. Can you talk a bit about your pets? The gang is a 14½-year-old pug named Missfit, a 10-year-old Chihuahua named Phil Spector and an 8-year-old cat named Buddy. Missfit and Buddy have been with me since they were babies in Canada. Phil has belonged to my husband here since she was a baby. Add a few fish and some pet shrimp and we’re a modern day Brady Bunch!

13. What was the process like bringing Missfit and Buddy to Japan? It took seven months in total: a couple rabies shots, a titer test that was done in the U.S. via sending blood samples, a fair bit of money and a six-month wait in Toronto. Afterward, my husband and I were able to travel with them by direct flight into Japan with the pets as our carry on luggage in the cabin with us.

14. How was the flight with your pets? Flights that long with pets can be brutal, but puppy pads, a portable litter box and the airplane washroom baby change tables are your best friends. Once we arrived in Japan, they had to check into animal quarantine services to get their microchips scanned and to go over paperwork. If there were any errors, they might have stayed there for up to six months, but thankfully we were in and out in 10 minutes.

15. Have you had any difficulties in Japan? The language without a doubt. I’m trying to learn, but it’s very hard for me. Also the time difference is tough, I have to take a 13- or 14-hour time difference into account if I want to chat to family and friends.

16. What do you enjoy doing in Osaka? Are you an Osaka obachan (old lady) yet? No, but I love the Osaka Obachaaans, they’re my favorite J-idol group! I want to be in that group one day. Otherwise, I like throwing and DJing parties with my husband and friends, going to festivals and exploring as much as I can.

17. What do you do when you’re not DJing? I work, study Japanese and spend a lot of time with my husband and pets. Recently, I’ve been volunteering as an organizer with Black Lives Matter Kansai.

18. What was it like taking part in the Black Lives Matter march in Osaka? It was very empowering and reminded me that I’m not alone out here. Before we organized the march, I was feeling really helpless and lonely being so far from where I thought I could contribute. Being able to show solidarity from Japan and raising awareness here was so important. And in the moment, hearing so many Black, Japanese, white — you name it — voices chanting “Black Lives Matter,” it was so powerful and validating. We have a lot to do still, but knowing I’m not in this alone means so much.

19. Do you find you’re able to engage with your Japanese friends on the issue? Yes and no. My friends are very open and interested and in full support of Black Lives Matter, but there is still a language barrier that makes it difficult to have deep discussions. That’s on me, though. I need to keep working to get better at Japanese.

20. Traveling abroad is a no-go at the moment, but do you have any summer plans? It’s all pandemic dependent, but I plan to go to Fukui Prefecture to visit family and meet my new baby niece. Also, hopefully to Tokyo to visit friends, as well as exploring more of Kansai.