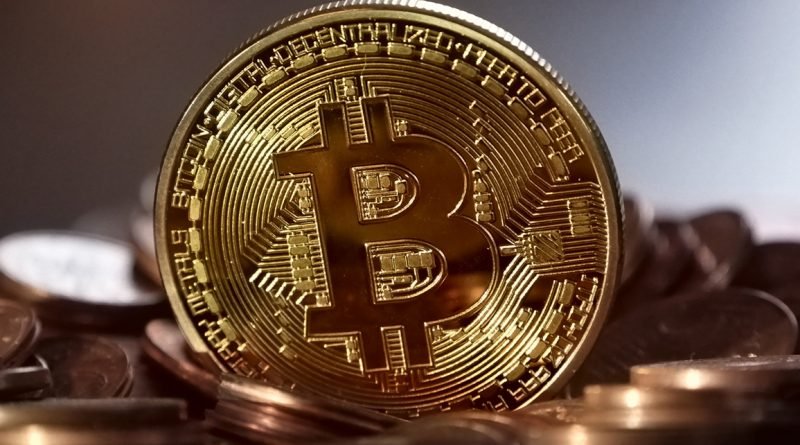 We made a late start for Larung Gar, the world’s largest monastery and arguably the world’s highest slum as well. It was snowing and our van skidded and swerved on the icy road.

The entrance to Larung was dismal. Stagnant pools of water had formed here and there, street urchins and dogs were roaming about aimlessly, and vegetables rotted everywhere. But once we got out of the car, we finally realized the true scale and beauty of Larung — hills upon hills of crimson red, an endless cluster of red houses, almost identical, all tiny, just large enough to contain a small bed and a luggage bag — resembling a few thousand red Lego blocks pressed on to the earth.

The Larung monastery, located in Garzê Tibetan Autonomous Prefecture in Sichuan province, was opened in 1980 by Khenpo Jigme Phuntsok. Legend held that Khenpo came out of his mother’s womb in a meditational posture and recited Manjushri’s mantra immediately thereafter. Khenpo envisioned Larung as a university town where monks, nuns, and laypeople from all over Tibet could come and study. As the Chinese government’s attitude toward religion became more relaxed, Larung spread like an amoeba over these hills to accommodate more than 10,000 residents.

Most of the shacks at Larung were cubicles that went about 2 meters in each dimension, with just enough space for a small bed, a stove, and a chimney. There was no heating and the showers and the toilets were communal, separate for men and women. It was hard to imagine any kind of luxury in such a state of living. Larung was a place purely designed for faith or an escape from desperation.

We came across a group of monks who were building a new house.

“It takes five or six days to build such a house here,” one of the young monks explained. “You pay 7,000-8,000 yuan to buy something like this. The rate gets cheaper as one goes higher up in the mountains — that’s where the children stay. Earlier, you could get a place for even 3,000 yuan. But nowadays, everything is expensive.”

We asked the monk about the abundance of soggy biscuits and rotten food that we had seen on the rooftops.

“People just throw things out of their kitchens,” the monk smiled. “Or they feed birds and cats to gain merit and then forget to clean up.”

These days, there are perhaps around 4,000 to 5,000 residents in Larung — no one was certain (official restrictions apparently limited the number of residents to a maximum of 2,000). They were all immigrants here, coming from across the Tibetan-Qinghai plateau and beyond. They were of all ages, from 5 to 100. Nearly half of the inhabitants were women. About 10 to 20 percent of the residents were Han. The paved road split the settlement by gender — the nuns stayed to the right, the monks to the left. There were laypeople also; they ran small shops or begged the tourists for money.

Near the main temple, we met a Han monk. He was in his 80s but appeared strong. He used to be a farmer in Liaoning, a northeastern province of China.

“My daughter also lives here,” he said with a laugh that was a constant on his face. “But of course, her house is on the other side of the road. I was uneducated. I learnt to read only after coming here. Earlier I understood nothing. Now that I am older and can read, I understand a lot more about Buddhism.”

“I bought a house here three years earlier. Also, we get money for attending classes here,” he laughed. “I miss most of them but whenever I feel short of money, I go and attend a few classes.”

A group of young Tibetan women broke into our conversation to beg for money. Instead of asking us, they began pestering the monk.

For lunch, we found a small restaurant selling Sichuan food. A young Tibetan monk came up to me,

“Hello, how are you?” he spoke in perfect English.

Jigme and his friend sat down with us for lunch. Jigme had a sturdy build and a perfect smile. He wore thick glasses and spoke in a gentle voice.

Jigme spent most of his days studying.

“Over the last 1,200 years, Tibetans went to much greater depths to expand Buddhist philosophy, which they originally took from India. So there is a lot to read. Every day, I get up at seven in the morning. It is too cold to wake up before that,” he said, smiling. “I cook my food and then go for classes. Here, you can learn Tibetan literature, medicine, astronomy, and culture. So there are a lot of classes and frequent exams. But, this month is the time when the monks take some time off from studies to meditate three to four hours every day.”

We recalled the printouts posted on the doors of some monk’s quarters, “I am meditating. Only knock if really necessary.” Special hotline numbers were also pasted on key intersections, to be dialed in case of an emergency if the concerned officials were not available because of their meditational obligations during this period.

I asked Jigme about career opportunities.

“Most just move on after staying here a few years and then join as monks in some other temple. Only some who want to become teachers stay for long periods to learn more. As for me, I want to stay on. I want to explain to the rest of the world my knowledge and understanding of Buddhism.”

He talked about life in such a slum.

“Here, life is good, even though so many people live so closely together. There are many rules to keep things orderly; maybe too many. But this whole place is very democratic because every proposal for a new rule has to be put to vote. This can lead to funny situations like we had once over whether we can wear vests. Kham and Amdo Tibetans like to wear vests but the central Tibetans don’t so it was put to a vote.”

I asked him if the government rolled in from time to time.

“Yes, officials do,” he whispered. “But nowadays they largely leave us alone. Unless, they find an excuse. Like after the fire, they forced most old people to move to government-made housing down below. They said it will be easier to rescue them in case there was an emergency but the old now find it hard to come up to the classes. The Chinese government doesn’t want this place to grow too big and they don’t want the old and young to mingle. This is the Communist way of doing things — no discussion, just acting on what they think is good for others.”

After lunch, we walked through the female quarters. There were notices outside every ladies’ toilet proclaiming, “Gentlemen, you will lose merit if you enter the women’s toilet.”

At a temple, we found Sangye, a teenage nun. Sangye’s father had died after being struck by lightning a few years back. Soon after, her uncle brought her to the monastery.

“It is better here,” Sangye said. “As good as it could get for me perhaps. At home, they would make me work all day and night. I had become so thin.”

Before we left, we met another bunch of Han monks. I asked them about the future of Buddhism in China, given that it was getting increasingly kitschy and tacky, with an emphasis on mega shrines and Buddha parks with high entry prices and mandatory cable car rides.

Lin replied, “It’s sad but it’s true. It is getting commercialized, but you have to understand that’s what the government is trying to do. That’s not the way we common people practice Buddhism. In any case, there is a growing interest in Buddhism. The pressure of the materialistic life in China is pushing more people towards religion. I think Buddhism will eventually succeed in China. The last 50 years were just an anomaly.”

On our way back, we rode in a van full of Tibetan laypeople.

We asked them about Larung and its monks. One of them called Rambo said, “Yes, the monks are good for our business. That’s why laypeople like us followed them here. But they also bring in problems. Did you hear about the fire? It was because one nun forgot about the fire she had lit in her kitchen. Four hundred homes were affected. You can’t even trust them to take care of themselves. How can they take care of all of us Tibetans and mankind?”

“They are too busy with Han donors,” he went on. “You will see the senior monks if you go to any expensive restaurant in Sertar tonight, enjoying life with their Han followers. Go to a Han restaurant because Han followers can’t have Tibetan food. Our monks follow the Hans to these restaurants because in Larung you can’t cook meat.”

Additional note: As per latest information, foreigners are no longer allowed to visit Larung. The real names of the people mentioned in the excerpt have been disguised.

This article is excerpted from “The ‘Other’ Shangri-La” by Shivaji Das, with permission from Konark Publishers, New Delhi, India. The book is available on Amazon and Flipkart.