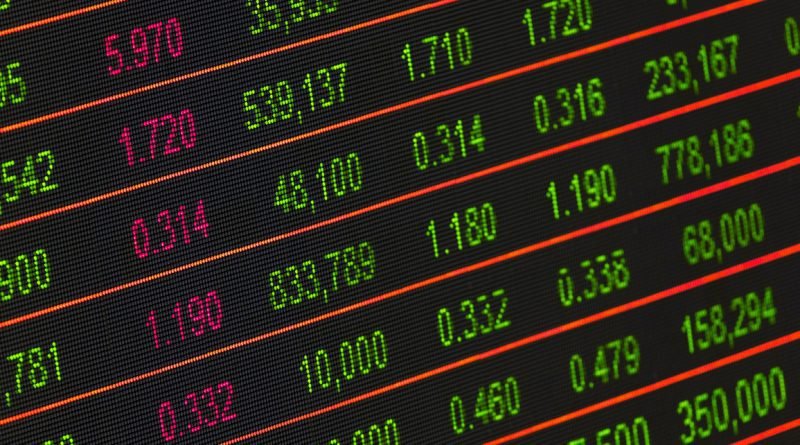 After playing 370 matches in which 1036 goals have been scored and referees brandishing 46 red cards, the final round of matches in the English Premier League comes up today with the race to determine the champion going down to the wire for only the eighth time in Premier League history.

When the first of the 38 Match Day weekends kicked off on August 11 last year, little did fans know that they would be treated to a topsy-turvy season of high drama, the fall of one of the icons of the game (Jose Mourinho sacked as Manchester United manager on December 18) and one of the tightest title races in the history of the 27-year-old EPL between two exceptional teams, Manchester City and Liverpool.

Many believed that City, under the outstanding Pep Guardiola, were runaway favourites to retaining their title especially after their record breaking performance on their way to being crowned champions the previous season.

In the Spaniard’s second season in charge of the team from the blue half of Manchester, the Citizens raised the bar to dizzy new heights not only with their displays of breath-taking football but also in setting numerous benchmarks in the process.
Under the former Bayern Munich boss, City finished the season with a record-breaking 100 points, most wins (32), most away wins (16), most goals (106), most consecutive league wins (18), highest goal difference (+79), most passes in a game (903), fewest minutes behind in matches (153 minutes) and biggest winning points margin (19).

But just over 50 kilometres away, Jurgen Klopp and his Liverpool were determined not to lie down meekly and allow City have it all their way again this campaign.

And what Klopp’s wards have produced, in terms of points, would have been enough to have won them the title in previous seasons – but for the resilience of the defending champions!

The Reds have amassed 94 (going into the final day), more than they ever had previously, and yet are still not yet certain that they will finally be able to end their 29-year wait to once again be crowned kings of England because of the Citizens.
The battle between the two giants of the north has seen the league leadership change a staggering 32 times, the most in recent memory, and yet going into the final day nothing really separates them.

Judging by the performance of both teams over the course of the marathon that is the league, either of them will be worthy winners; but unfortunately there can only be one and so this afternoon after 90 minutes of football one set of fans will be celebrating while another will be mourning as a pulsating title race reaches its climax.

On paper, at least, Klopp’s side faces the sterner test having to play Wolves, a team, which under Nuno Espírito Santo has become a thorn in the flesh of the top sides.
In their meetings with the top six, Santo’s side have won two and drawn three of their seven league matches to date against the “big boys”.

Liverpool fans will remember bitterly that it was the same foes that ended their FA Cup dreams at the first hurdle with a 2-1 Third Round victory which announced the arrival of the newly promoted side.

Since then Santo’s side has also gone on to oust Manchester United from the oldest knockout competition in world football in the quarter-finals; and then for good measure followed up a few days later with another victory over their more illustrious opponents in the league.
Also one should not forget that Wolves was the first team to take a point off Guardiola’s men and with a chance to play in the Europa Cup next season serving as motivator will be fired up for the tussle.

Klopp will not have been helped by the fact that he also had to negotiate a tough but very rewarding midweek Champions League encounter against Barcelona in which the Reds became only the third time in the history of the European Cup to come from three goals down in a semi-final first leg to win and progress to the final after their stunning 4-0 victory.

Of course a very delighted Klopp was to say after the amazing game that he did not know how his side achieved the victory: “The whole game was too much. Winning is difficult but with a clean sheet, I don’t know how they did it. It means so much to all of us.”
And as the game with Newcastle showed in the Premier League no quarter is given – if you are not on top of your game you will drop points.

A mightily relieved Klopp was to say after the St. James encounter in which a draw would have ended Liverpool’s title dreams that: “This was a victory of passion, heart and absolute desire.

“I saw in the face of the boys’ reaction, it was good – nobody went nuts or whatever. If anyone thought Newcastle weren’t playing for anything, wow, that was competition – but we deserved to win.”
And on today’s crucial clash he said: “Now we are qualified for our final on Sunday against Wolves.

“I know what kind of boys I have – who doesn’t know after the game today? With the schedule we have, the games we have, and then playing here – obviously, the absolute opposite of a friendly game – playing against a team with the style they have. You have to run, we tried to press, you have to be around the second ball. It’s a big challenge to concentrate 100 per cent always.”

This afternoon he will once again need same from his warriors, who will no doubt feel shattered should they fall short especially after suffering only one defeat all season!
Liverpool captain Jordan Henderson admitted his side need a “miracle” to win the title, but in a week in which they performed one to beat Barcelona 4-0, overhauling a three-goal deficit to reach the Champions League final, it would be folly to dismiss the notion of him raising the trophy aloft to end Liverpool’s 29-year wait since they last reigned supreme.

“City are a great team, but so are we. We’ve competed right to the very end,” Henderson said.

“Whoever gets it will deserve it. From our point of view, we couldn’t have done any more.”
But with a Champions League title still up for grabs not many Liverpool fans will be disappointed should they fail short in the Premier League but still lift the glittering European trophy in Madrid in a fortnight’s time.

Although Guardiola’s side did not have any midweek activity, they will still be somewhat wary going into their match against Brighton, who is already safe from relegation, and thus have nothing to fear.

On Monday night, the Citizens were 70 minutes into their game against Leicester City with the score goalless and nerves jangling at Etihad Stadium, the defending champions needed inspiration in a game where only victory would maintain their advantage at the top of the table.
They got it from an unlikely source in their long-serving captain, who strode forward and let fly from 25 yards with a strike that arrowed into the top corner of the net.
City’s victory meant they moved back above Liverpool and hold a wafer-thin one-point lead as they go into the last round of fixtures on Sunday.

Speaking afterwards, a mightily relieved Guardiola said: “One game left and it will be so tough like today. We are away and we saw Brighton had a good game at Arsenal. But it is in our hands, don’t forget but we could have been 10 points behind if we lost to Liverpool here.
“We were seven points behind, but we are in the last game and it is in our hands. We are going to prepare well.
“We’ll see if Brighton defend deep or will be more offensive. It will be tough, but hopefully we will have the performance to be champions.”

But no matter how one looks at it, it will be a shock of earthquake proportions should City fail to beat Brighton today and become only the third team after United and Chelsea to have successfully retained their Premier League crown.
However, in all likelihood City will rack up a 14th successive Premier League win and Liverpool will beat Wolves to make it nine in a row and City will take the honours with 98 points to Liverpool’s 97.

To put that into perspective those totals would be the second and third highest in the history of the Premier League — behind only City’s record-breaking 100-point haul last season when Guardiola delivered his first title.
If there was ever a case to share the trophy it is this season, such has been the excellence of both clubs.

Other clubs following the pace setters in a top four finish, which has become very important to clubs in view of the Champions League millions, are Chelsea and Tottenham Hotspur.

Those missing out of the prestigious and very lucrative club competition are Arsenal and Manchester United, who will now take part in the lower rated Europa League.
As the curtains fall of the world’s most followed league, a number of managers failed to make it to the final day after being axed during the season.

Fulham were the first to sack their manager after they parted ways with Slavisa Jokanovic. Southampton were next, as they sacked Mark Hughes early in December, Jose Mourinho from Manchester United and David Wagner from Huddersfield City were the third and fourth managers respectively who were sacked in the on-going season.

Leicester City was the fifth club dispensing with the services of Frenchman Claude Puel in February after a disastrous 4-1 loss to Crystal Palace in the Premier League at the King Power Stadium.

Meanwhile, those leaving the world’s most lucrative league are Fulham; Huddersfield Town and Cardiff City; while Norwich and Sheffield United will be replacing them having finished champions and runners up in the Championship respectively.
The final place will be known from amongst Leeds, West Brom, Derby and Aston Villa. The four teams took part in yesterday’s first leg of the promotion play offs. The final takes place at Wembley on Monday, May 27 with the winner picking up the last ticket.
According to the draw Aston Villa play West Brom, while Leeds tackle Derby.

SOME END OF SEASON STATS